A considerable administrative operation was required to manage the war effort. Soldiers had to be recruited and trained and they needed to travel to the right location, be fed and provided with uniforms, weapons and whatever tools they needed to fulfil their war duty. Medical facilities had to be set up and run, requiring administration of staff, buildings, equipment, transport and so on. Correspondence had to be held within and between parts of the war organisation, as well as with the public; families and dependants had to be kept informed of events affecting their loved ones.
At the same time as the war was organised and fought, the home front had to be kept running, producing food, clothes, weapons, equipment and so on for the armed forces as well as the population at large.

It is not surprising that a large number of documents of different type were used, and that some of them still exist. This unit provides but a very small sample of different official documents, defined in a broad sense. 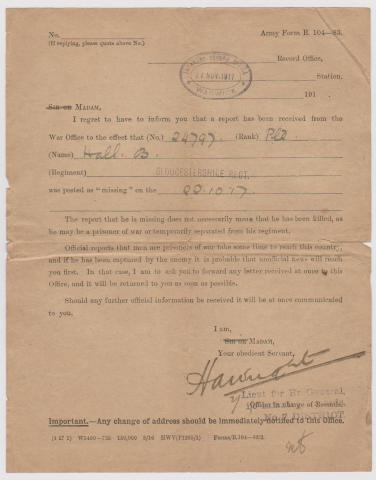 Mentioned in Despatches certificate
Not prescribed 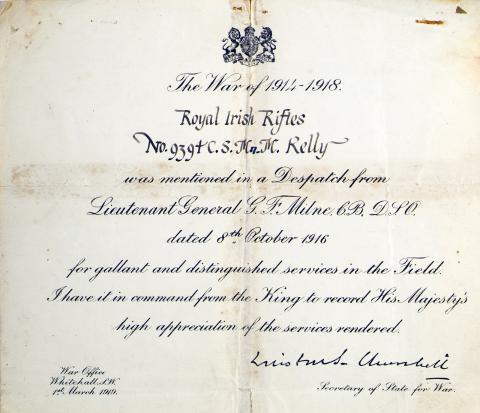 Enquiry about a missing soldier
Not prescribed 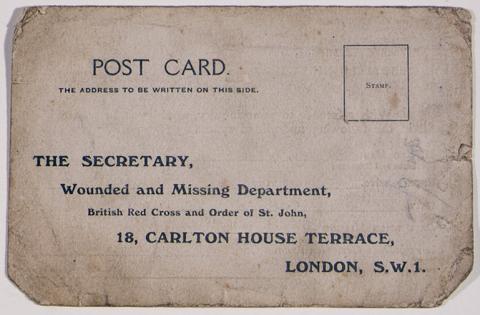 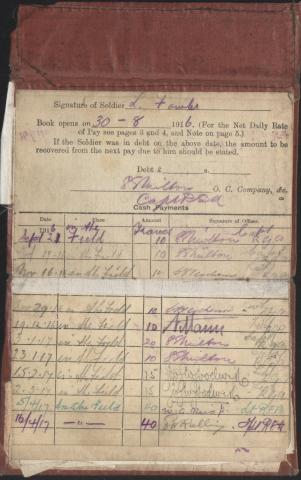 Prisoner of War notification
Not prescribed 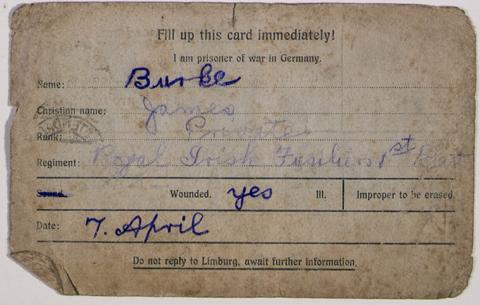