Medals were awarded for bravery and particular actions, but there were also a number of medals given to everyone who took part. The most frequent British medals from the First World War were the 1914 or 1914-1915 Star, the British War Medal, and the British Victory Medal. The three medals are sometimes referred to as Pip, Squeak and Wilfred after a British strip cartoon. The medals were created in large numbers, and awarded after the war (with the exception of the 1914 Star which was authorised in November 1917).

Many families have a set of two or three of these, which is not strange when considering that their eligibility criteria overlap. If you got the 1914-15 Star, for example, that meant that you also qualified for the British War Medal and the Victory Medal.

Among other famous medals, the Victoria Cross (VC) may be the most well known. The VC is the highest award of the United Kingdom honour system. It is awarded for gallantry "in the face of the enemy". 628 Victoria Crosses were awarded for actions during the First World War.

Medals were also issued in other countries. Famous non-British ones include the German Iron Cross. Victory medals were produced in many of the allied countries.

The British War Medal
Not prescribed 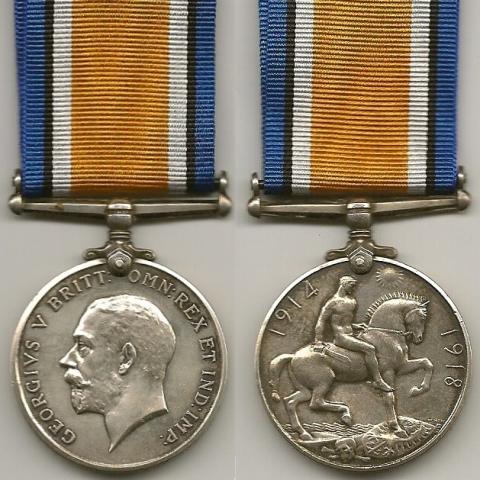 The Victoria Cross
Not prescribed