Being at war was not constant fighting, but could also involve long periods of simply waiting. One way to spend the waiting time was to create something, either to give away or sell, or to bring back home. 'Trench Art' is a term used to describe various objects created by soldiers or others, using whatever material was available. The term 'trench art' has been criticised as it suggests the objects were created in the actual trenches, which was not ncessarily the case. The objects could be created by servicemen, but were also made by others in a form of cottage industry, providing a source of income for those living in the war-torn areas.

This section contains some examples of trench art - from simple items to objects of great beauty, illustrating the skill and ingenuity of the makers.

Vase made of artillery shell
Not prescribed 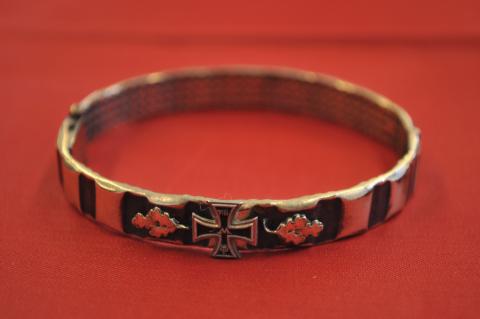