'Simple Systems' of the Body

Within templates of the human body, these five squat figures display the veins, arteries, bones, nerves and muscles respectively. Previously referred to as the Fünfbilderserie (or 'five-man set'), they in fact belong to what is now called the Nine-System Figure Series. This larger set of images accompanies a brief text, the Historia incisionis ('Account of Incision'), which describes the nine major systems of the body according to Galen. Taylor McCall, a specialist of medieval anatomical images, believes that 'the Nine-System Figure Series images were most likely created in late antiquity and filtered into Western Europe during the so-called "12th-century renaissance" as part of the influx of new medical texts from the Islamic Middle East entering via Monte Cassino'.* The five figures are sometimes followed by images of the 'complex systems', which are described in the next unit.


The surviving manuscripts that contain illustrations of the 'simple systems' are:

There are three other examples that exist, which are not shown in this unit: 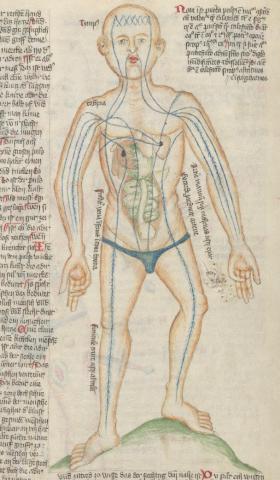 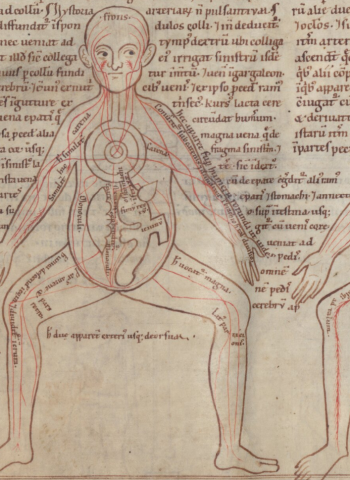 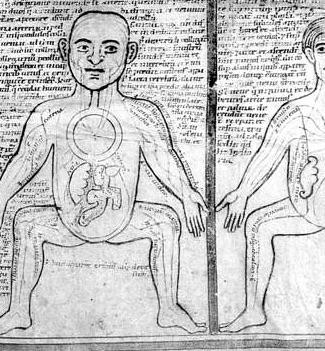