Next of Kin Memorial Plaque

Memorial Plaques were issued after the First World War to the next-of-kin of all the British and Empire Service personnel who were killed as a result of the war. The plaques were made of bronze, and hence popularly known as the Death Penny or ‘Dead Man’s Penny’, because of the similarity in appearance to the somewhat smaller penny coin. 1,355,000 plaques were issued which used a total of 450 tons of bronze, and continued to be issued into the 1930s to commemorate people who died as a consequence of the war.

Plaque with note
Not prescribed 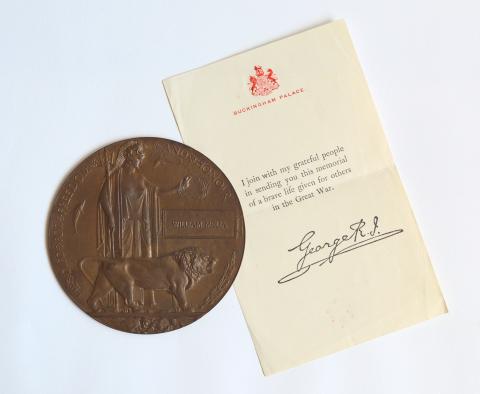 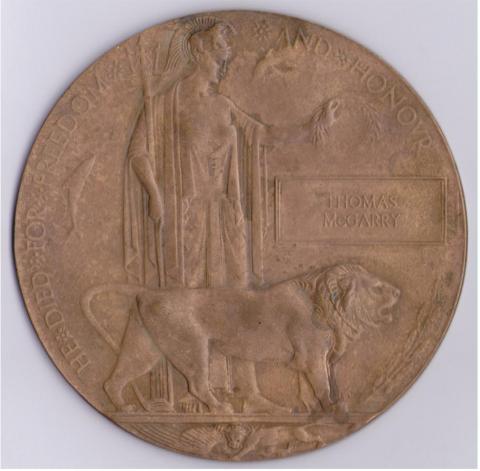