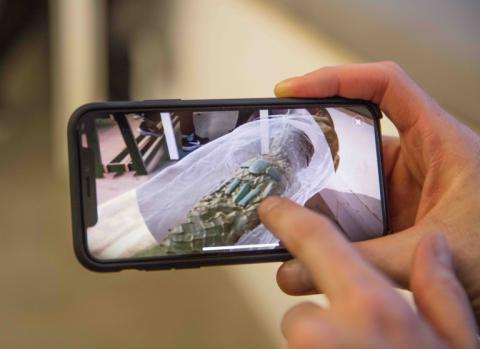 The app, which allows users to view virtual 3D models of museum objects through their mobile devices, is being released on iOS and Android to coincide with the first episode of the programme, which airs on BBC2 at 9pm on 1st March 2018. Among these items are objects currently on display in the Ashmolean, which have been recorded using a technique known as photogrammetry.

The 3D digitisation of museum objects such as these is a major feature of the Cabinet project’s work. Since 2015, the OII has been collaborating with the University’s museums, academic departments and IT Services to develop an online platform designed to encourage use of museum collections in teaching. The result, Cabinet, is being adopted into teaching across the University, and received an OxTALENT Award in 2017.

Cabinet has been supported by the IT Innovation Seed Fund, the van Houten Fund and the GLAM Digital Strategy.