The common view of Britain's role in the slave trade often emphasizes its 'triumph' in passing the slavery Abolition Act in 1833. Yet slavery - and the slave trade - had already been undermined by decades of conflict and its economic model did not fit the increased international competition and the rise of a capitalist system. Yet Britain’s modern wealth and society had been made possible by centuries of slave trade and plantation-based colonial economy. By the time the international slave trade itself had been abolished in 1807, Britain as a single country had transported 3.1 million Africans (of whom only 2.7 million survived the Atlantic Middle Passage) to the British colonies and to other countries across the Caribbean, North and South America.

The slavery Abolition Act compensated slaveowners for their loss in 'property': The Legacies of Slave Ownership project has totalled over 3,000 addresses across the United Kingdom - 241 of them had been educated at Oxford, while 190 were Cambridge alumni.

The links between the University of Oxford (and Cambridge) and the Atlantic Slave Trade and Slave plantations run over many centuries and permeate numerous buildings and individuals, demonstrating how slave-derived wealth was structural in shaping British early-modern and modern society.

In Oxford more specifically, this can be traced back through the donation and gift practices of the 1600s and 1700s. It was common practice in these centuries for wealthy planters to send their sons back to Oxford for their education. In fact, the most common international students were South Carolinians, who outnumbered students from other colonies two to one at Oxford from 1761 to 1776

It was also tradition that students who graduated would give a ‘gift’ to their college upon leaving - usually a silver cup or platter. This is how many items from empire and slave money have made their way to the university over time.

Many legacies of these practices can be found in the streets, buildings, and collections of Oxford colleges. These sources highlight some of them, from the early slave-trading decades to the Abolition Act.

William Burge and the abolition debate
Not prescribed 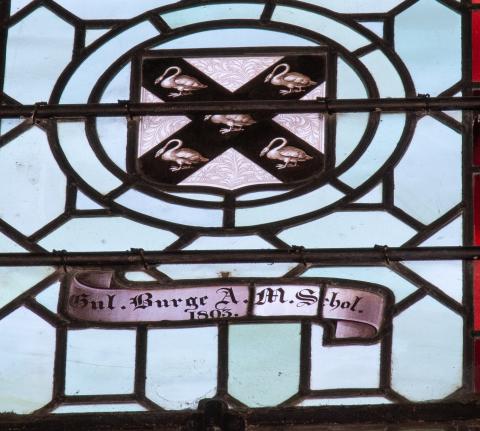